‘The fear of missing out’: over Brexit-stress en het EMA-virus (maart 2018)

Trade and investment promotion – not a match made in heaven! (juli 2015) 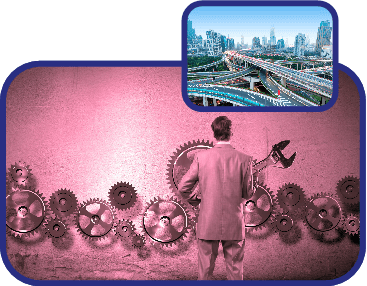 We have good roads… Trade and investment promotion – not a match made in heaven!

In the last decade, we see more and more national and municipal trade promotion organisations (TPOs) and investment promotion agencies (IPAs) joining forces by placing their services under one roof, meaning to cut down on financial resources and personnel, aiming at maximisation of FDI and export results. Quick question: is this truly the best thing since sliced bread, or are we looking at a monstrous marriage destined to eventually end-up in a devastating divorce? In practice, it turns out to be much more complicated than that. In fact, a fruitful merger is far from carved in stone.

Large national agencies such as UKTI in the United Kingdom already started putting functions together at the turn of the century, especially with regards to their offices abroad. In the meantime many national, regional and even municipal agencies have followed suit and bundled FDI and export services. In the Netherlands, some regional IPA’s now have begun to actively take up trade promotion activities as well with the Dutch Chambers of Commerce retracting. According to the International Trade Centre (ITC) in 2014, almost 55% of all investment promotion agencies around the world were álso responsible for export promotion activities. Often TPOs and IPAs have merged in order to save costs by sharing support services (such as personnel, financial, public relations, IT) and office accommodations. Moreover, both organisation types could possibly benefit from potential synergies in knowledge building and (overseas) branding. Finally, some of the agencies believed that ‘policy coherence and coordination’ was achieved more easily in a ‘one-stop-shop’ concept within just one single organisation.

So, at first glance, the novelty of combining the two types of promotion looks very appealing and promising. In practice, however, usually these mergers fall under the category “It seemed like a good idea at the time”, which may inflict internal frictions over time. Fact is that FDI and export services are far more different than they initially appear to be. Investment and export promotion agencies aim at totally different target groups to begin with: respectively (generally) larger foreign companies with plans to set-up shop abroad, and indigenous (small and medium-sized) enterprises with the ambition to export to foreign countries – different executive levels to talk to, as well. These foreign markets may not even be the exact same countries! Therefore, each type of promotion requires very different skills and qualifications of employees, and needs its own, specific and tailor-made value propositions. Marketing tools vary tremendously, business networks are quite different from one another and planning horizons of the targeted companies are usually far from similar: export decisions are made much more quickly than investment decisions – the latter affecting the company’s rate of success for a far longer period of time. And last but not least, performance indicators of both activities differ significantly. While FDI is measured in volume, jobs and number of projects, trade performance is laid down in (increase in) export volume and the number of new clients. The table below shows these and other striking differences in more detail.

Most of the agencies our own firm works for or talks to, mention that so far a marriage of the said functions is not always a match made in heaven. Although in some cases investment promotion agencies extensively use export promotion agencies’ specific knowhow to load propositions for websites, bid books or presentations, and occasionally jointly organise business events or missions in foreign markets – be it with their messages and target groups strictly separated – still often one and the same brand is used. UKTI is a good example of a joint agency that presents the UK abroad by a strong and recognisable brand, “the obvious choice for companies interested in either trading with or investing in the country”. Another factor that stands in the way of a close cooperation, as we see it in practice, is that trade promotion is often influenced by ad-hoc opportunities and political agendas, and as a result is just not able to stay focussed in terms of target countries or industry sectors. Bundling trade and investment activities then results in a total turmoil or even a nasty nightmare.

Look before you leap

It is beyond any doubt that the synergies of merging export and investment promotion services are not clear-cut, and (some of) the expected advantages at first sight are outweighed by numerous, substantial operational differences, that need explicit attention in order to make a combination of functions work properly. Putting general, ‘non-technical’ functions together under one roof is a good idea, but functions such as marketing, promotion, sales, account management should be kept strictly separated in a ‘classic split’, except maybe the function of overall branding activities abroad. Cross pollination is possible when business and market intelligence is shared, at best on a case-by-case basis, and used for image building regarding business functions (for example: manufacturing), industry sectors (for example: agro food) or countries (for example: the Netherlands – Gateway to Europe). And it should be given ample time: it takes more than the blink of an eye to at least arrive at the general cost savings that were intended by merging in the first place. In this matter, a ‘one-size-fits-all’ solution definitely does not fly. Maybe a marriage like this should be preceded by a longer engagement period, in which the spouses-to-be have more opportunities to adapt, adjust (or simply break-up…), in order to act as a happy couple later in life.

In short, before you start considering, as an IPA, to partner with a TPO:

The Netherlands is the proud host of approximately 11.000 establishments of foreign owned companies, representing a wide array of industry sectors and performing all possible business functions of the corporate supply chain. Those companies employ a mere 600.000 people. It is a well-known fact that North-American firms make-up for almost one third of these foreign investments. But, and this may come as a surprise, our very own continent is responsible for almost half of the foreign operations ánd jobs created in our homeland. This means that our top investors are right in our face!

Still we see a great number of investment promotion agencies travel the world to overseas areas constantly, in order to win the trust of far away corporations. Until now, for a few of them seem to have discovered the low hanging fruit right around the corner in our neighbouring countries. Germany, the United Kingdom, France and the Scandinavian countries provide for the lion share of the investments into the Netherlands from Europe. Practically unexplored markets, waiting to be conquered by Dutch regional agencies with a pro-active acquisition approach. Here’s why you should, too. Let’s focus on Germany to begin with, and not only because it is the largest European source country of foreign investment into our economy. Here goes.

The Netherlands is a key economic counterpart for Germany. Our country is the largest exporter into Germany, the four largest importer of German products, and the third largest recipient of German foreign investments. In this respect, Germany as a whole, and North Rhine-Westphalia more in particular, is by far our most important business partner, with significant growth within the industry sectors IT, construction, health and machines. Our eastern neighbour will invest billions of euros for implementation of a number of innovative projects within its High Tech Strategy 2020. The fourth Industrial Revolution is unfolding in Germany as we speak.

There are lots of opportunities for Dutch regions and cities to attract research and development operations, marketing and sales functions and even logistics centers to the Netherlands. Ample German companies see our country as an attractive market for their products or services, and in some cases come here to find the (international) people, technology and specific know-how to further improve their inventions. Definitely a captive audience!

There is a catch, though. Although the Dutch have a consistent and positive image in the eyes of the Germans, and are regarded as solid business partners, cultural differences, like our informal way of doing business, should not be underestimated and is always an issue. In addition, Germans view our economic profile as diffuse, unfocused and are not very familiar with our ‘maakindustrie’ companies such as ASML, VDL or even Philips, nor our research institutes (they do know, however, our agricultural and water management capabilities….).

Finally, German companies are strongly risk averse, which is definitely a hurdle to overcome. Working with the Germans and luring them to your respective areas start with promoting the Netherlands as a country to begin with, and then requires, among others:

If you got what it takes, moving east will be a rewarding venture – a close neighbour is always worth more than a distant friend. It is well possible that Germany will become the new China. An increasing number of Dutch regions and cities have recently shown a preference for bratwurst over bami. In fact, there might be a long line of IPA reps into Germany already, but we are all aware that only a few of them will be successful. Those few know where to go and which Autobahn to hit. No guts, no glory!